A Parrot’s Flight to Portugal

Let me introduce myself, I am Quack- Quack (Quackie to my friends) and I have just completed a huge adventure….
Twelve years ago, I had taken residence in the garden of a villa, and a very kind lady decided to adopt me, I became her pet and friend. I grew extremely attached to her over the years.
I became very worried though, when she informed me that she was relocating to Portugal. How would I cope without her? … being separated and alone again…. Luckily for me my owner mummy feared my heart-break – and said I could hop on the adventure of a lifetime.

I never knew how special I was, until we started the paperwork. My official scientific name is ‘Psittacus Erithacus’ and I am apparently considered as an ‘Appendix I’ category on the CITES register. I’m thought of as an endangered species, and international controls have been set up for the movement of the likes of me from many countries. Well that made me feel as proud as a Peacock!

What I wasn’t aware of at the time, is that I required lots of special paperwork, treatment and tests for me to be able to fly.

Fortunately, I have a lovely golden closed foot ring, which is my identifier, however to be sure that I was who I said I was I had a tiny microchip placed in my left wing. It didn’t hurt, and it means that it can be read easily… I suppose it is similar to a human passport number.

My owner mummy, with the assistance of the German Veterinary Clinic’s wonderful ‘Pets Go Global’ Transport Team, wrote to the Portuguese authorities for their permission for me to travel and applied for a CITES Import Permit. Once that was issued, they also applied for official ownership registration and an Export CITES Certificate. This was a lengthy process, and I was told ‘not to count one’s chickens before they’re hatched’ because I had no previous paperwork to rely on and my origin was unknown. Finally, the paperwork came through, which was checked and double checked to ensure complete consistency with both documents.… Phew! I was relieved. 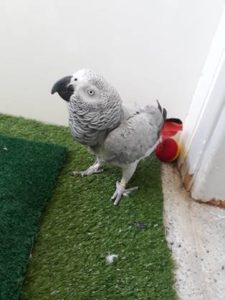 I was very excited on the day we had a crate fitting, firstly it ‘tickled my feathers’ when the humans were trying to measure my height from the perch that I was standing on, and the depth to the tip of my tail. I never made it easy for them as I was hopping around having fun. They had adapted a cat carrier and covered the ventilation areas with a very fine mesh, to reduce light inside my container. I must have in-flight food and water, hence two attached bowls. I was as happy as a Lark.

My next pre-flight adventure was a 5-star stay in a hotel, I was required to have 10 days isolation to undergo some avian influenza tests. I had peace and quiet, was given lots of treats and attention whilst my owner mummy was doing the final packing from the house.

It was a lovely end to my stay in UAE, and I felt like the ‘cat that swallowed the canary’ at the Dubai airport as I was admired by the customs and clearance staff and handled very carefully as I boarded the flight to Lisbon.

A ‘little bird told me’ that it was not easy to prepare me for my travels and I am ever so grateful for the Pets Go Global Team at The German Veterinary Clinic and to my owner mummy, who cared for my welfare and got me to Portugal safely and in one piece! 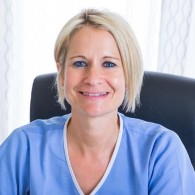